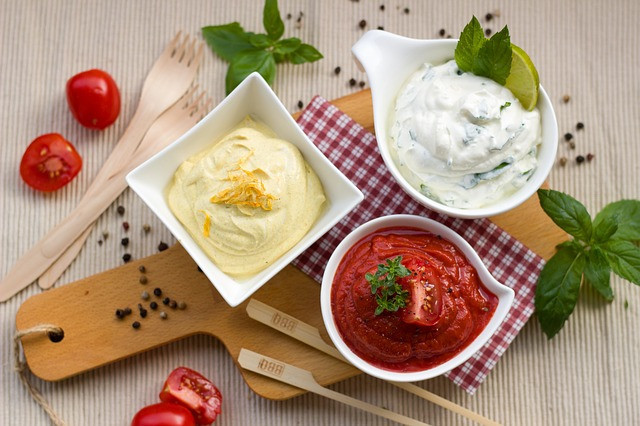 Learning to make delicious sauces can really elevate your cooking. There are a few basic sauces every cook should learn, including 5 that classical chefs refer to as the “Mother Sauces.” These are the most basic of all sauces used in cooking and knowing them will help you a lot when it comes to cooking your favorite dishes.  This article will help you understand more about the 5 basic mother sauces every cook should learn.

The term “Mother Sauces” comes from the fact that all sauces in French cuisine are derived from these five sauces.

Each of these basic sauces can be altered for different recipes and according to personal taste, but they all start with the same ingredients.

How To Make Homemade Roux

Essential to most of the mother sauces and many other basic sauces is the use of a roux (a French word that comes from the verb ‘to stir’). Roux is a thickening agent used in classical French cooking for soups, stews, and sauces.

A traditional roux consists of equal parts by weight of butter and flour, but other fats can be substituted. Generally, the ratio of fat to flour is between 1:1 and 1:2½.

A roux is made by cooking together equal parts of fat and all-purpose flour in a pan over medium heat while stirring to combine them evenly until the mixture is smooth. The mixture is cooked until it reaches the desired color and no longer has a raw flour flavor.

This process takes about 10 minutes but can take longer if you desire a darker roux.

The French aren’t the only culture to use sauces in their cuisine. In fact, almost all cuisines feature different kinds of sauces.  That’s why the “Mother Sauces” aren’t the only basic sauces for cooks to learn. There are a few others that are great to know!

Popular in Latin American food, salsa is a sauce that combines vegetables and/or fruits with a variety of spices. It’s almost always tomato-based, with additional vegetables and herbs like tomatillos, jalapenos, onion, cilantro, and garlic.

There are also fruit salsas that may include pineapple, mango, betties, and watermelon.

Usually served fresh or made with canned or frozen ingredients, salsa can be mild like a pico de gallo or hot and spicy like a habanero salsa. It’s often chopped and mixed to the desired texture and thickness depending on personal preference and how it will be served.

Aioli is a sauce made with garlic and olive oil. It’s similar to mayonnaise but in some countries is considered a type of salad dressing.

Ingredients for making an aioli typically include extra virgin olive oil, egg yolks, lemon juice or vinegar (or both), salt, and Dijon mustard.  It can be flavored in various ways with different herbs like chives, basil, or parsley.

Some variations on the traditional method include adding saffron for a more exotic flavor and using roasted garlic instead of fresh to give it an earthier taste.  Aioli is often served as a dressing for fish, meat, vegetables, or raw or steamed seafood.

It’s popular in countries like Argentina where it’s used as a marinade for beef but is also served on top of meats and fish to enhance the flavor.

Pesto is a sauce made from basil, parmesan cheese, pine nuts, garlic, and olive oil. It’s originally from Italy but has spread to other countries like the United States where it can be found on pasta, sandwiches, and pizzas.

Some variations include sun-dried tomatoes and different nuts.

There are many different types of vinaigrette, but all use some type of oil and vinegar as the base.

A basic vinaigrette typically includes 3 parts oil and 1 part vinegar (or lemon juice) plus salt and pepper to taste. It can be made with various oils like olive, vegetable, or grapeseed and various types of vinegar like red wine, rice wine, balsamic, or cider.

Vinaigrettes can be infused with herbs and spices as well as other ingredients like honey, mustard, herbs, garlic, and shallots. Allowing the vinaigrette to infuse for several days before using it will give it more flavor, but they can be used immediately, too.  A vinaigrette is generally used to dress salads but can be used to marinate meats or vegetables before cooking.

If you want to make truly delicious sauces, here are a few tips to follow.

Are Sauces Good For You?

Sauces are not the healthiest.  They tend to be loaded with sugar, salt and fat.  As always though, anything in moderation is alright every now and then.

Learning to make basic sauces is a foundational part of cooking, so it’s worth taking the time to practice making them all. It might take some time, but if you can master your favorite sauces, you’ll be able to uplevel any dish that much more easily.  Enjoy these tips for the basic sauces every cook should learn.

Is Pasta Good for You?

3 thoughts on “5 Basic Mother Sauces Every Cook Should Learn”